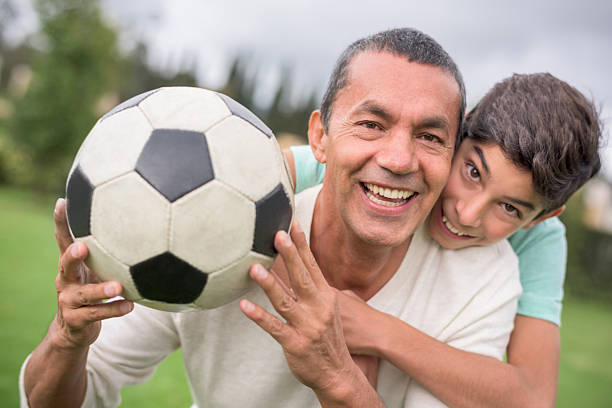 How To Be A Positive Team Parent

Parents play a bigger role in youth teams than they realize. While it is not always easy, committing to being a positive team parent will reflect in your child’s performance and their team. Parents who show even the smallest amounts of negativity can ruin the entire experience for the children and other parents. Below we highlight some ways that you can be a positive team parent.

Coaches need help sometimes, which is why it is always a good idea to introduce yourself early in the season and let them know that you are available and willing to help in any way that you can. You should not impose by offering your coaching services when not asked. Most, if not all, of the coaches, will have a great curriculum of drills that they have developed over the years, or they have received from an association.

Everyone wants to see their kid’s team be successful. However, sometimes when things aren’t going well, some parents may start to gossip about particular players or the coach. While it may seem easier to fall into that habit, the truth of the matter is that it is helping no one. If you find yourself in this situation, remove yourself from it, and try to lead a better example by remaining positive. The best way to do this is to socialize with other parents in the next game. Offer to bring coffee or snacks as a way of building a relationship with the other parents. Regardless of how a game is going, always give positive comments about the players and the coach.

As much as it is mentioned in parent meetings and emails, there’s always one parent that tries to coach from the sidelines. Trying to tell the team the positions they should take and how they should be playing the game is completely unacceptable, and more often than not, the coach will have conflicting instructions. Having two different sets of instructions will confuse anyone in that situation. For the good of everyone involved, leave the coaching to the coach.

Take Advantage of the Quality Time

Sometimes, the best time to show your kids a little extra love is after a difficult game. Your child will be looking for support from the person that they look up to and trust, which is you. Give them a hug and let them know that you are there for them. These can be great moments to give them constructive feedback. Don’t complain about the game or their teammates, but instead focus on what they did well, and things they can change to have a better outcome the next time.

Vaughan Sportsplex is the number one sport for all of your indoor activities including soccer, bubble soccer, ball hockey, basketball, warped ball, trampoline/rock climbing, and many more.